To me, nothin' says lovin' like curlin' up with a good book! Enter to win one of the nine ARC titles from Premier Digital Publishing's fall line up. Cool, huh?

Here are the synopses:
3 Gates of the Dead:
Jonathan Ryan is a novelist, blogger and theologian. “3 Gates of the Dead” follows Aidan Schaeffer, a young assistant pastor whose fiancé is a victim in a series of ritualistic killings. Aidan investigates but threatens to corrupt his very soul with the otherworldly truth behind the slaughter of innocents.

A Reign Supreme
Richard Crystal is a novelist, producer and accomplished jazz musician. In “A Reign Supreme” a musician discovers he is half-brother to a Kenyan King who needs his help to save his people from genocide and the greed of corrupted officials, when a copper deposit is found on their ancestral lands. 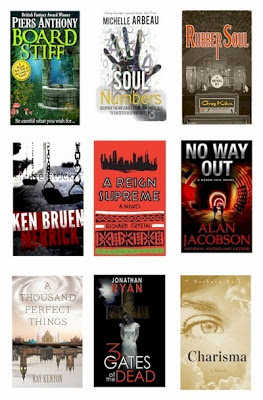 Board Stiff: Xanth #38
Piers Anthony is a New York Times bestselling author twenty-one times over. His Xanth novels have been read by millions. In “Board Stiff” a young woman makes a wish for adventure and excitement because she is board stiff. The mischievous fates in turn transform her into a plank of wood.

Charisma:
Barbara Hall is an award-winning novelist and television producer. In “Charisma” Sarah Lange is plagued by heavenly voices and a desire to go “home”, after a near death experience. Frightened by her desire to die, she enlists Dr. David Sutton, a scientist who struggles to save Sarah and to believe.

Merrick:
Ken Bruen is hailed as one of the most prominent Irish crime writers of the last two decades. “Merrick” is a noir crime story set in New York City about a rogue ex-cop from the Irish Guarda, who is actually a serial killer wanted for murder in Ireland.

No Way Out:
A new Karen Vail novel from bestselling author Alan Jacobson. When a firebomb destroys an art gallery in London, FBI Profiler Karen Vail is sent overseas to work with Scotland Yard. Vail discovers the motive behind the attack—an explosive 440-year-old manuscript that political radicals will destroy at all costs.

Rubber Soul:
Greg Kihn is a rock star, radio host and author. “Rubber Soul”, inspired by interviews that Greg conducted with The Beatles, is a rock murder mystery that takes readers on a ride through Beatlemania—from the early days in Liverpool to six sold out shows per night in Hamburg.

Soul Numbers
Michelle Arbeau is a celebrity numerologist, TV host and author. “Soul Numbers” teaches readers how to decipher the message behind any number sequence and how to apply that information to successfully navigate their lives. In these times of great global shifting, Arbeau’s Soul Numbers reveal the deeper meaning behind numbers.

Enter to win, and thanks for stopping by the blog!

Pop on over to the other blogs in the giveaway!

Email ThisBlogThis!Share to TwitterShare to FacebookShare to Pinterest
Labels: ARC giveaway, i am a reader not a writer, PDP

Look for us here: 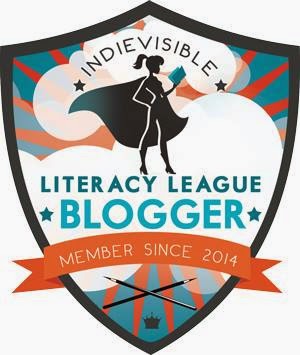